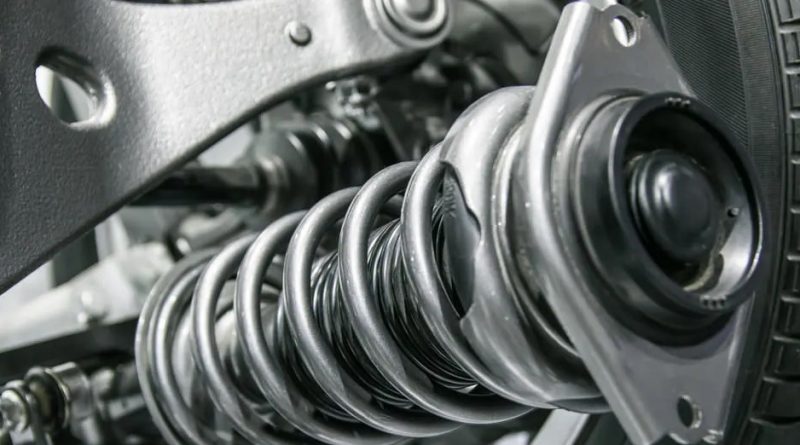 We see this come up somewhat often. Various forums are full of people who claim that they changed their rims to lighter ones, and see an improvements in acceleration, braking, and mostly efficiency. However, nobody really seems to have scientific data, or they changed the tires at the same time, and attribute the change to the weight rather than the tires.

They throw around the term of “unsprung mass” – that which is supported by tires and wheels, and not supported by the suspension. Littered with claims that this is somehow accountable for a large portion of the inefficiency of driving a vehicle, or 5, 10 or even 20 times the effect of sprung (static) mass. There are tons of articles written by prominent magazines and autocross authors, all with some theory but none with actual tests. So let’s dig in ourselves and see what we can figure out.

So – what does a car need to move down the road? The basic amount of energy that you need to move a car is based almost entirely on three factors: frontal area, coefficient of drag, and rolling resistance of the tires and drivetrain. Weight also matters, but that’s more for acceleration – which is certainly important if you are changing speed frequently, but not as much for overall long-distance efficiency.

In a car like the Chevy Bolt, the weight of the car and driver is about 3750lbs. Keep that in mind when compared to wheels which weigh ~100lbs.

The problem, I believe, is people quite frequently misinterpret tests that have been done. For example, there was a car and driver study often cited that showed that moving from 19″ tires down to 15″ tires increased fuel economy of a gas vehicle by about 10%. Everyone takes this one fact only and runs with it, claiming that smaller tires are 10% more efficient, and that must be due to the weight.

The problem is this had pretty much nothing to do with the rotating weight of the wheel, and had almost entirely to do with the fact that the larger wheels had higher resistance, and were grippier. They even mentioned that in the article, but people only took away the end result.

Unfortunately most of the results that I have seen with actual numbers are with both different wheels and different rims. This makes it very difficult to understand which are to account for any differences.

What’s particularly interesting here is they then added 42 lbs of ballast to the trunk to have the same total weight of the heavier wheel setup, so that they could test the effect on the rotational weight. The result? 8.61 seconds without to 8.75 seconds with ballast, vs 9.04 on the heavier setup. So the rotational weight counted almost exactly 3x as much as static weight. That’s interesting, and certainly of some concern, but not the 5, 10 or 20x numbers that I’ve seen some people claim in forums.

So even if you had the 48 lbs less weight with the better tires, we’d see a 0.3 second difference in 0-60 times in the Bolt. That’s not really going to be perceptible unless you are in the habit of stopping in the middle of the highway and accelerating up to full speed again.

So what difference does just the rotational weight make?

In another professional test done by Hotrod they changed only the rims (and kept the same tires) on a 1967 Chevelle SS race car with 502cc engine, with a professional driver and professional wheel balancing, and here are the results:

That’s a 0.1 second difference – a 0.9% improvement for a very large 82 lbs difference in total rotational weight over a quarter mile. Interestingly enough that car weighs about the same as the Bolt. Now on the track, taking off 0.1 seconds is considered a big difference, but on the street that’s negligible.

TireRack also did a real road test with just changing the rims, and after a 350 mile test they saw 21.1 vs 21.5 mpg (1.9% difference) for a 40 lbs total weight difference in the rims. However, the average speed was 39 instead of 38.8mph. That doesn’t sound like much, as that accounts for a 1% increase in drag. However, note that we’re only talking about a 1.9% difference in efficiency, that’s half of it. Subtracting that gives us only a 0.9% improvement in fuel efficiency, but as we know, gas cars are very inefficient in the first place. That won’t translate directly to electric efficiency.

So what is the end result?

Rotational weight only matters on the track. The 10% efficiency improvement that Car and Driver saw was almost entirely to do with the tires themselves and their rolling resistance, not the weight difference. Looking at tests where they only change the rims, it’s only a 1% difference for a very large weight change. Rolling resistance is all that matters for efficiency, acceleration and range. You can ask any Bolt owner who has put on winter tires, and confirm that the rolling resistance has an impact.

From a physics standpoint this makes sense – unsprung weight means nothing for range and almost nothing for acceleration. Think of what we mean by range, and when it’s important – for long distance trips on the highway. Once you’re there, you are moving at a near constant speed for long durations. Although there may be a very small difference in the amount of energy that it takes to get a wheel spinning, once they are it’s going to take negligible additional energy to keep them spinning, so no impact to range. Yes, if you save energy on acceleration you can get a small bit more range if you are changing your speed a lot, but it will be very little.

Yes, there will be some other difference if there are a lot of bumps – as a heavier wheel will compress the tire slightly more and the suspension slightly more as it hits a bump, but again unless you’re planning on driving entirely offroad, that will not account for much.

So in total we might see a few percent difference overall, which certainly isn’t nothing, but useless most of the time, and certainly not worth spending a grand or two to replace your wheels.

Having said all that, you will feel a significant handling difference. Significantly less rotating mass means that the wheels are physically easier to turn.

5 thoughts on “Wheel Weight – Does it Matter?”